Casting announced for Claus the Musical ahead of World Premiere at The Lowry, Salford, this Christmas

Casting has been revealed for the world premiere of Claus The Musical which will run at The Lowry, Salford, from Wednesday 14 December 2022 to Sunday 8 January 2023.

Directed by Kate Golledge, adapted for the stage by Simon Warne and with spellbinding music and lyrics from Andy Collyer, Claus The Musical brings the beloved L.Frank Baum children’s classic The Life and Adventures of Santa Claus to life in a show that will appeal to the child in everyone.

From the writer of The Wonderful Wizard of Oz comes the story of Santa Claus, the man who will be forever in our hearts and, on Christmas Eve, forever in our skies.

Abandoned as a baby in the magical Forest of Burzee, he is gifted to Necile, a wood nymph, who showers him with love and names him Claus. With a helping hand from the mystical inhabitants of the forest – Fairies, Knooks and Ryls – she teaches him that kindness is the most important lesson of all, a gift that Claus eventually shares with us, as he embarks on a journey to bring the miracle of Christmas to the whole world.

New festive music videos have been released of the cast singing ‘The Miracle of Christmas’ and ‘The Children’ for the first time.

Tickets are available now from the official site. 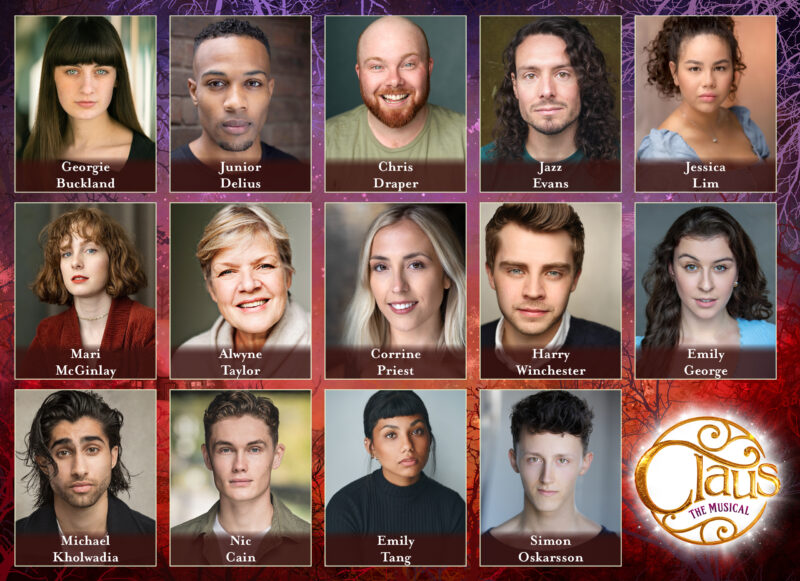