Today casting has been announced for the UK and Ireland tour of Bartlett Sher’s critically acclaimed and multi award-winning production of Lerner & Loewe’s much loved My Fair Lady.

Award-winning West End and Broadway star and two-time Olivier Award nominee Michael D. Xavier will play Henry Higgins. Most recently Michael starred on screen with recurring roles in Grantchester (ITV), Outlander (Amazon), Gentleman Jack (BBC) and in The Blacklist (NBC). Michael spent an incredibly successful year on Broadway in 2017, reprising his role as Joe Gillis opposite Glenn Close in Sunset Boulevard and in Hal Prince’s hit show Prince Of Broadway. Michael was nominated for two Olivier Awards in 2011; ‘Best Supporting Performance in a Musical’ (Wolf/Cinderella’s Prince – Into The Woods at The Open Air Theatre) and ‘Best Actor in a Musical’ (Oliver – Love Story at The Duchess Theatre & Chichester Festival Theatre).

Charlotte Kennedy will star as Eliza Doolittle. Charlotte made her professional debut in Les Miserables in the West End and most recently played the role of Cosette.

Best known for playing Ian Beale in EastEnders, Adam Woodyatt will play Alfred P. Doolittle. Ian has played the character of Ian Beale since the programme started in 1985 appearing in over 3460 episodes. Before joining EastEnders as a 16 year old, Adam had enjoyed a successful start to his career in the theatre with roles in Oliver! (Albery Theatre now Noel Coward), On the Razzle (National Theatre) before playing Shiner in the Baker Street Boys (BBC) and Dave Firkettle in Witches and the Grinnygog (TVS).

Heather Jackson will reprise her role as Mrs Higgins which she is currently playing at the London Coliseum. Star of multiple roles all over the UK and Europe, Heather played the part of Madame Giry in the West End production of ‘The Phantom of The Opera’ for a total of nine years, leaving the show in 2009.

John Middleton will play Colonel Pickering. John is best known for his part in ITV’s Emmerdale as Ashley Thomas, a role which he remained in from 1996 to 2017. After this he starred in a highly successful theatre tour of Strangers on a Train where he appeared as the American detective Arthur Gerard, alongside Christopher Harper, Jack Ashton and Hannah Tointon.

Opera superstar Lesley Garrett will play Mrs Pearce. Lesley is Britain’s best-known soprano, regularly appearing in opera, musical theatre, concert, on television and CD. For more than 30 years she has enjoyed one of the most successful and idiosyncratic careers of any modern-day, classically trained soprano, winning both critical acclaim and the affection of many fans and music lovers through the breadth and diversity of her work. Internationally Lesley has performed throughout Europe, the USA, Australia, Russia, Brazil, Japan, Malaysia, Taiwan and South Korea.

My Fair Lady will open in Bradford (22 September – 2 October) before going on to visit Dublin (6 – 30 October), Cardiff (8 – 26 November), Edinburgh (14 December – 7 January), Southampton (12 – 29 January), Birmingham (7 – 26 March), and Canterbury (20 June – 1 July) with more cities to be announced. All tickets are on sale now. Some casting may be subject to change in some venues.
Directed by Bartlett Sher, this sublime production, which premiered in the spring of 2018 at Lincoln Center’s Vivian Beaumont Theater, was the winner of the Tony Award for Best Costume Design, 5 Outer Critics’ Circle Awards including Best Musical Revival, the Drama League Award for Outstanding Musical Revival, and the Drama Desk Awards for Best Musical Revival and Costume Design.

My Fair Lady tells the story of Eliza Doolittle, a young Cockney flower seller, and Henry Higgins, a linguistics professor who is determined to transform her into his idea of a “proper lady”. But who is really being transformed?

With a book and lyrics by Alan Jay Lerner and music by Frederick Loewe, My fair Lady boasts a score including the classic songs “I Could Have Danced All Night,” “Get Me to the Church on Time,” “Wouldn’t It Be Loverly,” “On the Street Where You Live,” “The Rain in Spain,” and “I’ve Grown Accustomed to Her Face.”

Adapted from George Bernard Shaw’s play and Gabriel Pascal’s motion picture Pygmalion, Lerner & Loewe’s My Fair Lady premiered on Broadway in March 1956, winning 6 Tony Awards including Best Musical, and becoming the longest-running musical in Broadway history at the time. Following this success, the production transferred to London in 1958, where it played in the West End for five and a half years.

My Fair Lady has seen many notable revivals and adaptations, including the acclaimed 1964 film starring Audrey Hepburn and Rex Harrison, which won eight Academy Awards, including Best Picture. Most recently on the London stage, Cameron Mackintosh’s 2001 revival at Theatre Royal Drury Lane won three Olivier Awards, and later toured across the UK and Ireland in 2005. 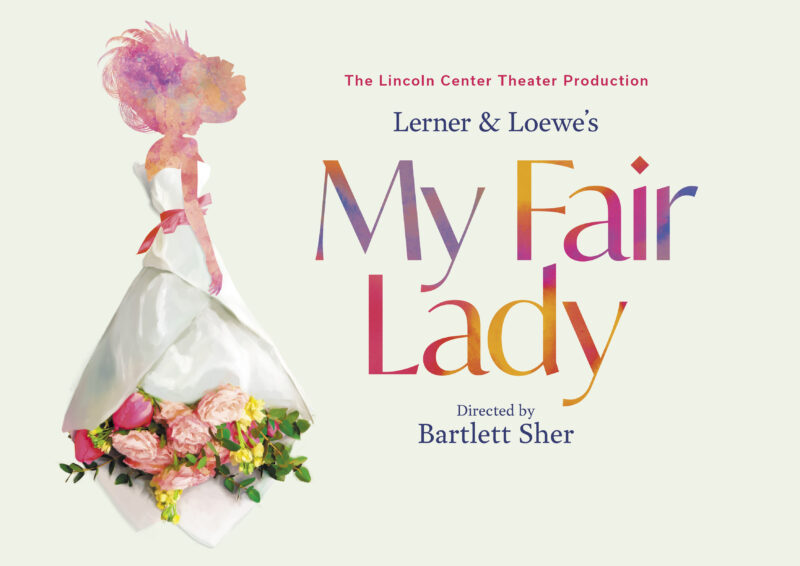 What you need to know about Winnie The Pooh The Musical