There’s no place like Curve this Christmas as the theatre reveals the full cast of its festive musical The Wizard of Oz.

Stage, screen and YouTube sensation Christina Bianco will play Glinda, while Charlotte Jaconelli (Heathers the Musical, Theatre Royal Haymarket and Britain’s Got Talent runner-up) will join as the Wicked Witch of the West. Leicester actor Mark Peachey, who first made his Curve debut in the theatre’s community production of Richard III and has recently appeared in Dear Evan Hansen in the West End, will take on the role of Professor Marvel and the Wizard.

Dorothy’s Aunt Em will be played by Jacqui Dubois (Bedknobs and Broomsticks, UK tour) and Uncle Henry will be played by Geoffrey Aymer, who was last seen on Curve’s stage in the WhatsOnStage Award-winning Made at Curve production of The Color Purple.

The Made at Curve production of The Wizard of Oz will be directed by Curve’s Artistic Director Nikolai Foster, whose recent productions have included the acclaimed Billy Elliot the Musical, Beautiful – The Carole King Musical, A Chorus Line and Grease, which is currently running at the Dominion Theatre.

This production of The Wizard of Oz marks the regional premiere of the musical which features additional songs from Andrew Lloyd Webber and Tim Rice, as well as Harold Arlen and E.Y. Harburg’s iconic songs from the original MGM film, including ‘Over the Rainbow’, ‘Follow the Yellow Brick Road’ and ‘We’re Off to see the Wizard’.

The production will be choreographed by Shay Barclay, with George Dyer as Musical Director and Musical Supervisor. The spectacular world of Oz will be created on Curve’s stage by set designer Colin Richmond, with projection designs by Douglas O’Connell, costume and puppet design by Rachael Canning, lighting design by Curve Associate Ben Cracknell and sound design by Adam Fisher.

“Joining our extraordinary Dorothy, Georgina Onuorah, on the glorious yellow brick road, a company of musical theatre’s finest. Jonny Fines, Paul French and Giovanni Spano will raise the roof as Scarecrow, Tin Man and Lion respectively. Christina Bianco and Charlotte Jaconelli ignite the Emerald City with Glinda and the Wicked Witch. We are thrilled to welcome them all, alongside a phenomenally talented company of actors, who will bring this magical musical to life. Christmas at Curve is always a special time of the year, but this year promises to be extra special with families and children of all ages coming together to share this much loved musical adventure with magnificent actors, all born to play these iconic roles. There’s no place like Curve this Christmas!”

Join Dorothy and Toto as they are swept up from sepia-soaked Kansas and transported over the rainbow to the technicolour wonderland of Oz.

On her adventure down the Yellow Brick Road Dorothy meets new friends Scarecrow, Tinman and Lion who help her on her way, but the villainous and frightfully glamourous Wicked Witch has other plans for Dorothy, and in Oz – nothing is quite as it seems.

Through the deep Dark Forest to the bright neon lights of Emerald City, Dorothy and her friends search for the powerful and mysterious Wizard of Oz, the only person who can grant their hearts desires, and maybe even a way home.

Tickets for The Wizard of Oz at Curve are on sale now. 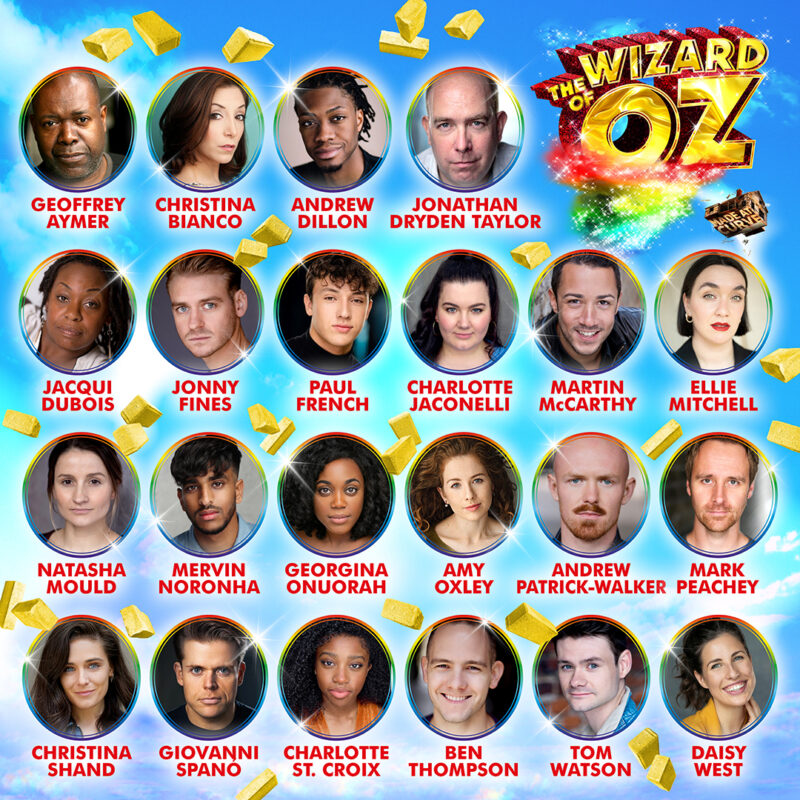