Written by Jamie Griffiths on October 4, 2022

BAFTA Award winning television, radio and stage star Paul O’Grady returns to Annie having first played the role of Miss Hannigan at the Victoria Palace Theatre in 1998. His other theatre credits include playing the Child Catcher in Chitty Chitty Bang Bang at the London Palladium and many pantomimes including Cinderella and Goldilocks and the Three Bears at the London Palladium. On television he is best known as the host of ITV’s Paul O’Grady: For the Love of Dogs, Paul O’Grady’s Great British Escape, The Paul O’Grady Show, Channel 4’s Blind Date and BBC One’s Blankety Blank. He is also a highly celebrated writer, having written both autobiographical and fictional books and recently completed a 14 year run as a presenter on BBC Radio 2.

Set in 1930s New York during The Great Depression, brave young Annie is forced to live a life of misery and torment at Miss Hannigan’s orphanage. Determined to find her real parents, her luck changes when she is chosen to spend Christmas at the residence of famous billionaire, Oliver Warbucks. Spiteful Miss Hannigan has other ideas and hatches a plan to spoil Annie’s search…

With its award-winning book and score, this stunning production includes the unforgettable songs ‘It’s the Hard Knock Life’, ‘Easy Street’, ‘I Don’t Need Anything But You’ and ‘Tomorrow’.

Annie has Music by Charles Strouse, Lyrics by Martin Charnin and a Book by Thomas Meehan. It is directed by Curve’s Artistic Director Nikolai Foster with set and costume design by Colin Richmond, choreography by Nick Winston, lighting by Ben Cracknell and sound design by Richard Brooker.

Casting for the role of ‘Miss Hannigan’ in other venues on the tour to be announced in due course.

Get more details at the official site. 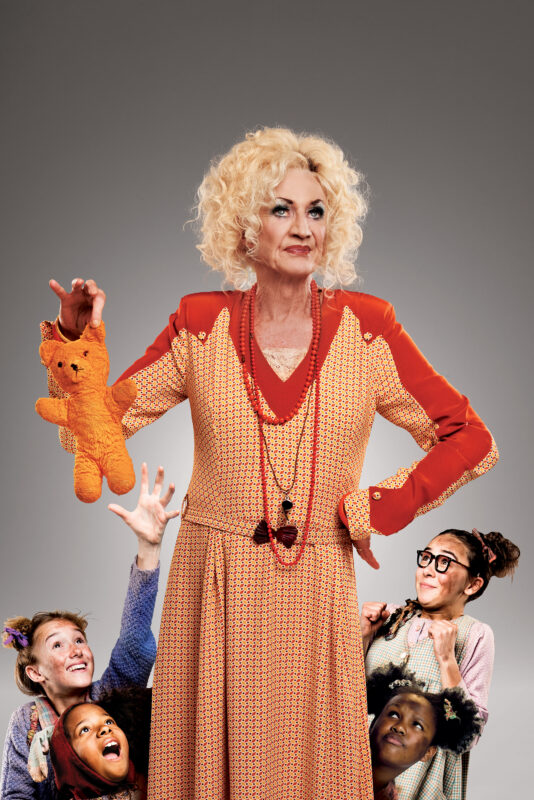 The Famous Five Musical Has Arrived