Written by Jamie Griffiths on November 18, 2022

Having made its debut performance at the UK’s first MusicalCon in October, where it was an audience hit, the producers of new rock musical SuperYou with book, music and lyrics by Lourds Lane are delighted to announce the full cast for the London workshops starting on 22 November, with presentation performances on 7 and 8 December ahead of a West End transfer. 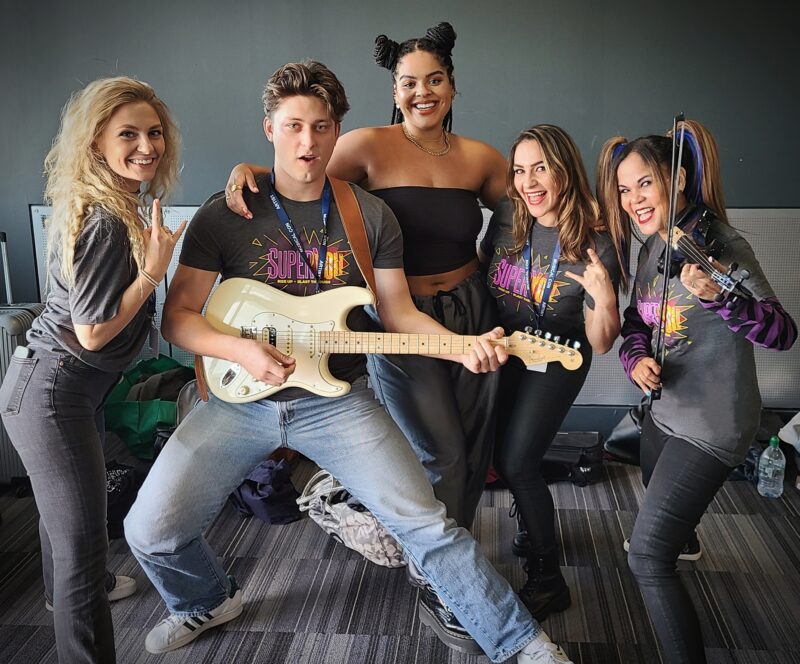 SuperYou is an empowering female-led musical, celebrating the journey of a comic book artist who learns to love herself and find her voice when her own superheroine creations come to life. With rock music at its core, the score also incorporates many different styles of music including pop, hip hop, swing, gospel, and anthemic power ballads.

Originally slated to open off-Broadway in May 2020 but delayed due to the pandemic, SuperYou musical’s TikTok account now has over 21 million views worldwide and the concept album of demos recorded by Lourds Lane has developed a substantial cult following. #FANCOVERFRIDAY was created in response to fans across the world recording and posting their own versions of the songs. Due to its online success, SuperYou also presented two sold out concerts at Carnegie Hall in New York City in July 2022.

SuperYou has direction and choreography by JoAnn M. Hunter, musical direction and co-arrangements by Wendy Bobbitt Cavett, casting is by Pearson Casting and it is produced by All Awesome LLC / Melissa M. Jones.