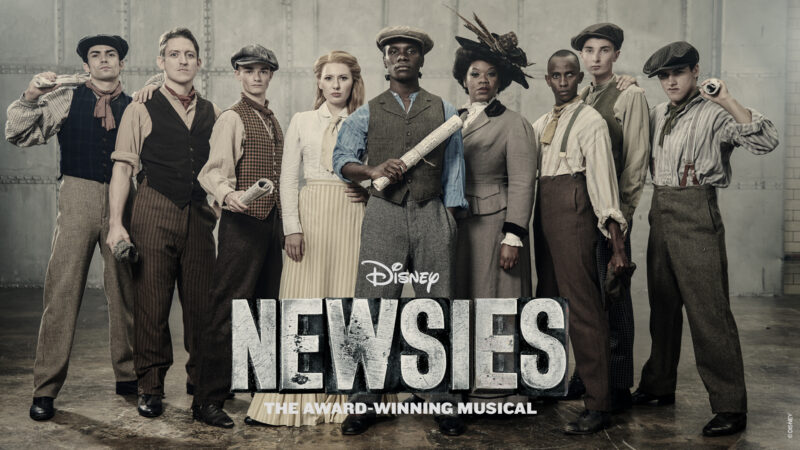 The producers of Disney’s Newsies, the award-winning Broadway musical with music by Alan Menken, lyrics by Jack Feldman and book by Harvey Fierstein, are delighted to announce that Michael Ahomka-Lindsay (Emmett in Legally Blonde at Regent’s Park Open Air Theatre for which he has received a 2022 Black British Theatre Award nomination) and Bronté Barbé (Oklahoma Chichester Festival Theatre, Beautiful UK Tour) will star as Jack Kelly and Katherine Plumber respectively in the UK premiere, opening at London’s Troubadour Wembley Park Theatre on Thursday 8 December 2022 for a strictly limited season, following previews from 29 November. All preview tickets are priced at £30.

The role of Les will be played by Nesim Adnan, Haydn Court, Oliver Gordon and Ethan Sokontwe.

Based on a true story, Newsies is set in New York City at the turn of the 20th century. It’s the rousing tale of a ragged band of teenage newspaper sellers, who dream of a better life far from the hardship of the streets. After newspaper magnate Joseph Pulitzer hikes up the prices for his papers charged to the newsies, Jack Kelly rallies his fellow newsies in an attempt to protest the change, falling in love with young reporter Katherine along the way. These young newsies from across the city come together and rise up against the exploitation of wealthy publishing tycoons and fight for justice using the only power they have – solidarity.

Now for the very first time, audiences in the UK have a chance to enjoy the thrill of one of the biggest Broadway hits of recent years. In an innovative and brand new production at Troubadour Wembley Park Theatre, theatregoers will be thrust right inside the action as the newsies dance, sing, jump and fly around the streets of a booming 19th century New York City.

Get more information from the official site.