Written by Jamie Griffiths on November 6, 2022

The award-winning songwriting team of Will Reynolds and Eric Price have released a complete 28-track studio cast recording of their new musical The Violet Hour.

With music by Reynolds and book and lyrics by Price, The Violet Hour is based on the 2003 Broadway play by Tony Award-winning playwright Richard Greenberg (Take Me Out). The album stars Tony Award-winner Santino Fontana, Tony nominees Jeremy Jordan and Brandon Uranowitz, star of Broadway’s Mean Girls Erika Henningsen, and star of Broadway’s Almost Famous Solea Pfeiffer. The album is available on all digital platforms and is also available as part of a Deluxe Digital Package featuring a full digital booklet with complete lyrics, bonus tracks, and additional Special Features.

The recording features orchestrations by Grammy and Tony Award-winner Charlie Rosen and Music Supervision by Grammy nominee Andy Einhorn. Will Reynolds and Eric Price won the 2018 Fred Ebb Award for Musical Theatre Writing. In addition to The Violet Hour, they are also developing the musical Radioactive about Marie Curie and the discovery of radium. The duo has also written for the AppleTV+ animated series “Central Park” starring Leslie Odom Jr, Josh Gad, and Stanley Tucci. They have been the recipients of the Dramatists Guild Fellowship, several ASCAP Plus Awards, and the Lotte Lenya Award from the Kurt Weill Foundation.

The story is set on April 1, 1919, when John Pace Seavering, a young publisher, comes to possess a machine that inexplicably begins printing pages from books. Books from the future. Page by page, John pieces together a vision of what the next century has in store for himself, his friends, and the world at large. And once he decides he wants to change the future, the clock is ticking.

Visit the official site for more information on The Violet Hour, 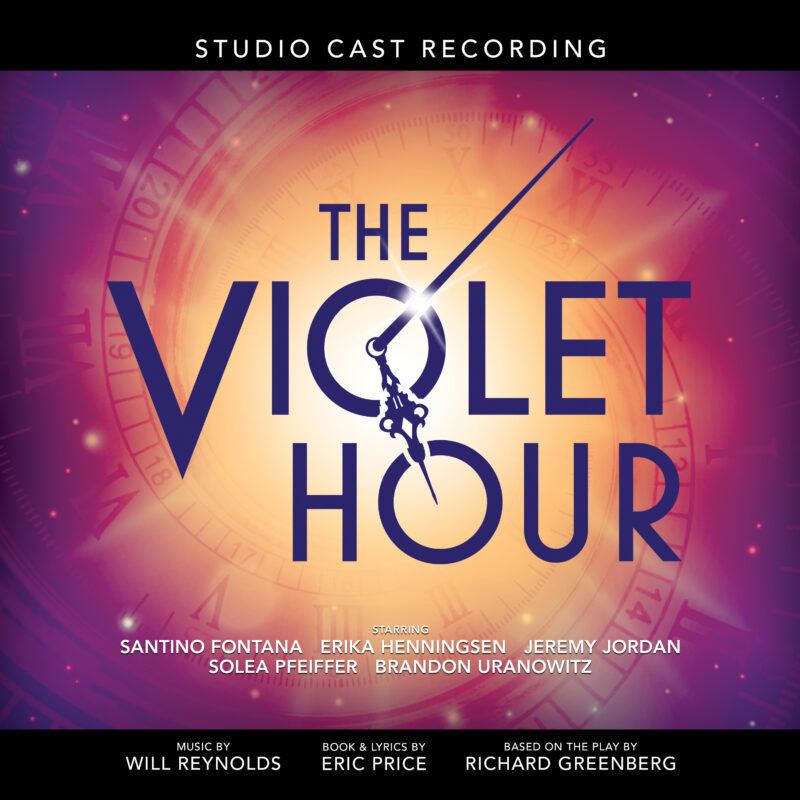 Cast News: Back To The Future