As Rob Madge transfers their award-winning autobiographical show, My Son’s a Queer (But What Can You Do?), to the West End, theatre music label Westway has released the original cast recording of the show through their Westway Original imprint.

Physical copies of the My Son’s a Queer (But What Can You Do?) recording, which features bonus additional tracks and extra material, will be on sale at the Garrick Theatre during the run of the show from 21 October- 6 November and also through all usual outlets and via streaming platforms.

When Rob was 12, they attempted a full-blown Disney parade in their house for their Grandma. As Rob donned wigs and played Mary Poppins, Ariel, Mickey Mouse and Belle, their Dad doubled as Stage Manager, Sound Technician and Goofy. Unfortunately, Dad missed all his cues and pushed all the floats in the wrong direction. Mum mistook Aladdin for Ursula. The costumes went awry. Grandma had a nice time, though. My Son’s a Queer (But What Can You Do?) is the joyous autobiographical story of social-media sensation Rob Madge as they set out to recreate that parade – and this time, nobody, no, nobody is gonna rain on it. Rob began sharing archive clips on social media over lockdown and the idea of turning it into a live stage show was born with songs written especially for the production by ‘Adrian Mole’ composer Pippa Cleary. The show premiered at the Turbine Theatre and went on to be voted Best Off-West End Production 2022 in the WhatsOnStage awards. It then transferred to the Edinburgh Fringe.

Rob Madge said “I am so thrilled that the music of My Son’s A Queer (But What Can You Do?) is going to be released in the form of this album. As an avid collector of every West End musical cast recording growing up, the idea that our songs will now be released not only digitally but also physically makes me so very proud. As well as the music of My Son’s A Queer, I am delighted to say this album will feature exclusive bonus content,including extended monologues from the show and audio from a personal favourite of the home videos that appear. These songs hold a very special place in the hearts of Pippa and I and we have always dreamed of being able to share them – we never imagined we’d get to do it like this! I’m so proud to share with you all the extraordinary work of Pippa Cleary, Simon Nathan as well as the exceptional talent of our musicians, engineers, mixers and singers. I hope this album sings to that child within that fell in love with the art of theatre in the first place and reminds you of the magic that can happen ‘when the stage is your living room’. Anything is possible!”

Sheet music for My Son’s a Queer (But What Can You Do?) will be made available soon and to register interest please email pippacleary@me.com

Westway MD Neil O’Brien commented “I am incredibly excited that our first original cast release is a new piece of musical theatre and one that has already had great success at London’s Turbine Theatre and Edinburgh Fringe. With a West End transfer and exciting prospects for the future I wish Rob, Pippa, Simon and all the wonderful musicians and creatives involved in the project the very best – I hope it brings happiness to the world!!”

The Westway label was formed in 2020 and has so far released music by Ramin Karimloo, Samantha Barks, Lee Mead, Cassidy Janson, Joe Stilgoe and Rachel John.

Order the album from the official site here.

You can order tickets for the show at the Garrick. 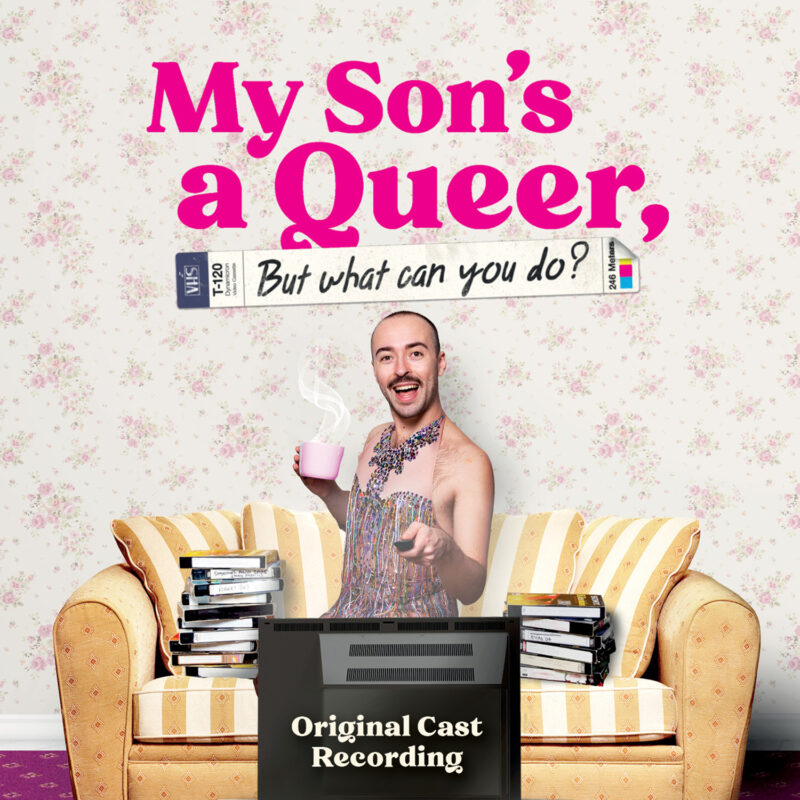 Tagged as Garrick My Son’s a Queer (But What Can You Do?) Rob Madge Turbine Westway

MJ Is Coming To The UK