Island Records have released “Get Up Stand Up!”, the Original Cast Recording of the award-winning hit West End musical of the same name which has been wowing audiences and critics alike since opening in October 2021. Featuring original cast members including Arinzé Kene and Gabrielle Brooks, alongside ‘The Stand Up Crew’, the fantastic group of musicians who propelled the show, the 20-track album was produced and mixed by Island stalwart Paul ‘Groucho’ Smykle, with arrangements by Phil Bateman, and features many of Marley’s most popular, powerful, enduring and inspiring songs of freedom.

The production takes its inspiration from Bob Marley’s visionary lyrics to tell the Jamaican legend’s extraordinary story through a truly electrifying mix of many of his most memorable songs.

The album is available here.

Get Up Stand Up is, as its sub-title says, a Bob Marley musical, but it’s something more than a straightforward musical featuring the usual razzamatazz. Of course it is, because it’s about Bob Marley, and all he was and is, as prophet, star, songwriter and shaman, as man of ideas and man of action. It’s filled with world famous, indelible Bob Marley songs, which were never conceived to be part of a theatrical experience, but which can become that, because they were made to change shape and travel through time and space.

They made the difficult accessible and the personal universal and were destined to grow, to keep growing, and never lose their power and persuasion whatever the setting, wherever and whoever the listener, and watcher. A Bob Marley musical dazzles, because of those compelling, crowd-pleasing songs, but it also communicates the militant Marley’s uncompromising message of love, unity and positivity.

As a musical, and all the other things it is, Get Up Stand Up demonstrates how the anger, spirit and conviction of Bob Marley transcends time and place, language and continents. As with Marley himself, the great ever-moving champion of change, of rebels and outsiders – whose music is played on rotation in hotel bars and on easy listening radio stations but is also a soundtrack to revolution – all is not as it seems.

Get Up Stand Up is a vivid story-telling cheer-leading rags-to-riches musical about Bob Marley starring his evocative songs, furious martial anthems and visionary, sceptical idealism, and it’s an eye-opening live documentary about the dramatic life and times and historical impact of the man himself, taking him through turbulent loves and complicated collaborations from raw, provincial adolescent and ambitious, elusive interloper to international superstar. It’s a love story as well, as the chaotic loves of a chaotic life so rich in incident lead to some of the tenderest, loveliest, most beautifully observed love songs and romantic lullabies ever written.

It’s an analysis of creativity and the astonishingly inventive way Jamaican music evolved before and after the country’s independence in 1962. It follows Marley as he imaginatively synthesises musical styles and establishes a distinctive voice and vision by bouncing off and working with fellow adventurers Peter Tosh, Bunny Livingston and Rita, Judy and Marcia of the I Three, and key mentors and producers such as Coxsone Dodd and Lee Perry and later Chris Blackwell of Island Records.

Tosh, Marley and Livingston as the Wailers are a progressive Jamaican soul group with twisted rock and roll dynamics, a steely, determined, playful gang of dreamers, philosophers and warriors living life on the rough margins using psychedelic songs of faith and hope to stand up for themselves. They fight for their individual rights to such an extent they themselves fall apart. Bob is left to deal with the pressures of a new kind of celebrity and responsibility, and the exiled Peter and Bunny to deal with watching a story of success unfold without them, and their old comrade become the face of Jamaica, the ultimate icon of Rastafarianism, a shadow over their own solo efforts.

It’s also a story about political awakening, of how to use resistance and defiance to generate the sense of purpose and empathy that made the songs so powerful and enduring and Marley so magnetic and revelatory. And it’s a story of life and death and life after death, as Marley faces up to political turmoil, death threats, real life violence and the relentless cancer that cuts his life tragically short even as he fought and kept writing and singing to the end.

As a musical, and something other than that, it respects and continues the subversive, uninhibited and volatile spirit of Marley and the Wailers, it aims to become part of it, to develop the legacy, and constant mystery, of Bob Marley as much as turn it into simply a one-dimensional act of celebration, a fantastic but self-contained night out. It pays tribute to Marley and celebrates his mystique, melodies and messages, his eager and inquiring mind, but the main intention is to be a work in its own right that becomes an integral part of his world, not merely a nostalgic souvenir of it.

As a production, Get Up Stand Up contains its own internal and onstage collaborative shape-shifting energies, inspired by its own determination to exist against all odds – to become a spectacular West End musical featuring a challenging, flawed and contradictory black hero and activist, an exhilarating upbeat entertainment with serious points to make about colonial repression, social inequity, collective resistance, radical humanism and the vital need for liberation and emancipation.

The singers in the show playing Bob, Peter, Bunny, Scratch, the I Three, each and every character, don’t imitate, they interpret, and bring their own intense spiritual energy to Phil Bateman’s inventive arrangements. The musicians, the nine piece Stand Up Crew, on stage as part of the show with their experienced, eloquent feel and togetherness, don’t merely copy but dive deep into the history of Jamaican music, remodelling the insinuating guitar and flashing brass, absorbing and adapting the searching, restless experiments in groove and symbolic forward motion of the Wailers ingenious rhythm section Aston and Carlton Barrett.

Producer Paul Groucho Smykle, who as an original Island Records house producer worked on heady mixes for Bob Marley, Black Uhuru and Grace Jones, is an expert in this forward motion, in the fluid, narcotic space and time of Marley’s music. He produces the cast singers, and the Stand Up Crew, as an act in their own right, as an expressive, original version of the original music, the life, story and songs of Bob Marley turned into a rare hybrid of performance, theatre, recording studio, music and biography.

And as Bob Marley did at his shows, this musical, full of its own joys and surprises, its own brilliant performances and musical invention, this musical which is more than simply a musical, tough and tender, wild and thoughtful like it’s subject, sends audiences home with the words ‘stand up for your rights’ ringing in their ears. You’ve had a great night, but you’ve also been moved to act. And as Bob Marley knew more than most, it’s always time to act, to try and make things better, whatever the news.

Tickets are on sale here. 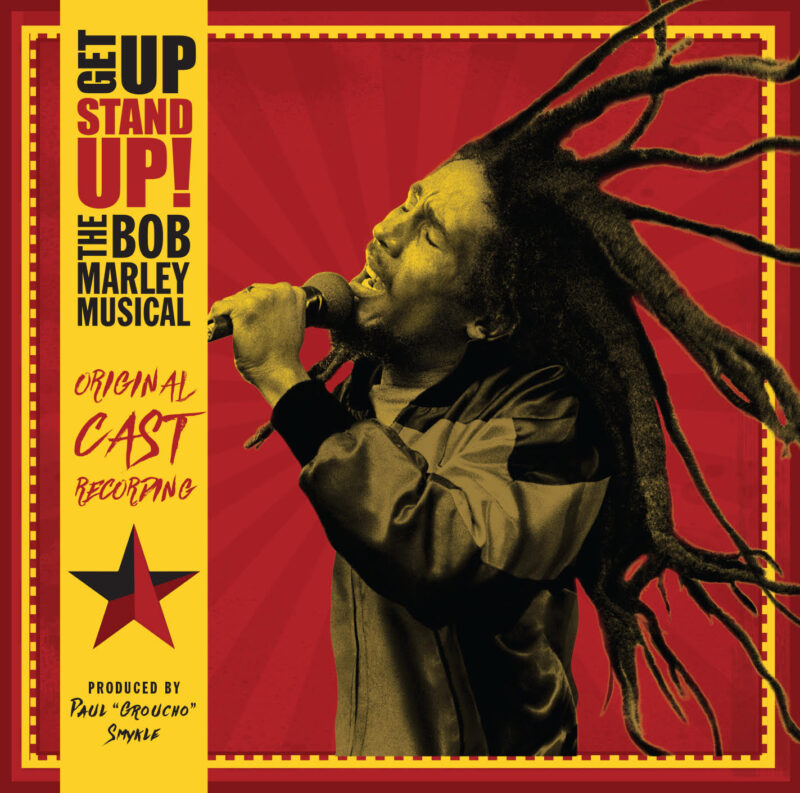 Tagged as Bob Marley Get Up Stand Up! Island Records

This Is For The Fans: Musical Con Schedule Announced

Luke Evans Returns To The Matinee Playlist… With Charlotte Church